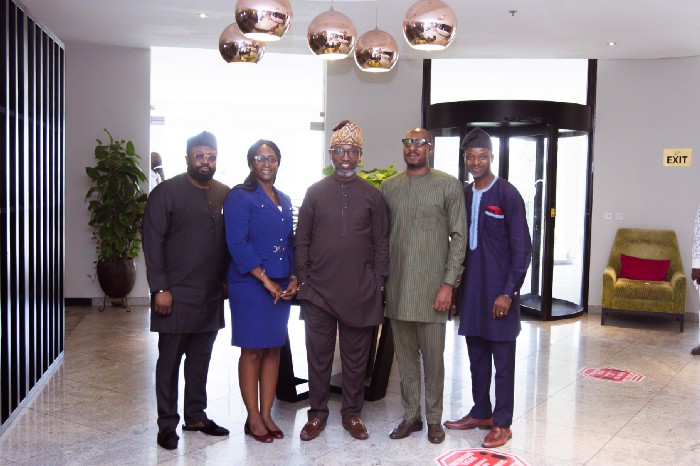 So I had a little conversation with “The Lagos boy” Mr. Wale Adegoke, the CEO of Nimbus Media. It was a fascinating meeting. Getting into the head of such a classic character as Mr. Adegoke. His vast knowledge and experience in enterprise provided greater insight into how he was able to establish such a brand as powerful as Nimbus Media Limited. The company has been breaking new ground and reaching new heights in the advertising industry which is why I knew the interview would be nothing short of enlightening.

When you hear the term “Lagos Boy,” you could easily assume a lot of things, but believe me when I say that the negative misconceptions attached to that phrase are quite far from Him. Mr. Wale, popularly called Wale, is cut from a different cloth altogether. Despite having spent the majority of his childhood in Lagos and having traveled extensively, he still considers himself a ‘Lagos Boy.’

As the conversation progressed, I realized that Mr. Wale is a man who wears many hats, a man who exudes confidence, which is an important leadership trait, and it’s no surprise that Nimbus is thriving at the pinnacle of its career under his leadership. Many consider him to be a Renaissance man. And his novelistic approach to life and business is exemplified by his statement “I like to express my creativity through enterprise.”

I traveled down memory lane with him back to his childhood days to get a feel of what it was like growing up and how it shaped him into the man he is today. Born into a Monogamous family of 4, his father a Doctor and his mother a Banker/ Civil Servant/ Insurance Broker. He characterizes his childhood as “pleasant,” and he captures how his upbringing influenced his current thoughts and ideologies.

Throughout his academic career, he was an honors student. He went to King’s College, which was at the time one of the best secondary schools in the country. Despite appearing to have a talent for art, he was never exposed to any classes in the subject. He ended up being a science student all through secondary school. He intended to study marketing after graduation, but he ran into a slight snag in the shape of a visa delay, which stopped him from flying abroad.

His plan did not deviate as a result of this. He had a strategy and meant to stick to it. He was fortunate that his outstanding performance in the Junior WAEC provided him with a wide range of academic alternatives. He was offered a variety of courses from both domestic and international universities. He went on to study Building Technology and Education in University of Lagos. His decision to settle and study in Nigeria was influenced in part by his status as a ‘Lagos boy,’ as well as a desire to gain a new sense of independence. He had already begun working while still in school, and because of the practical nature of his educational field, he was able to gain valuable experience, and by the time he graduated, he was qualified to work in the construction industry, which he did for nearly four years before moving to advertising.

The Birth of Nimbus

After hearing about his extensive construction knowledge and experience. It made me wonder, “Why Advertising?” and “How Did the Transition Happen?”

“Growing up, one of the things I admired about my parents was that they exposed me and my siblings to reading books, traveling, socializing, and having summer jobs simply to have a feel for what it felt like to work,” Wale stated. These values influenced the course he chose to take in the advertising profession. Reading broadened his imaginative horizons, while traveling introduced him to different cultures’ interpretations of creativity.

Along his journey of career realization, he came across a Harvard Business Review book titled “Marketing.” This piqued his curiosity, and he decided to create a business as a result of reading the book. He was enthralled by the process of developing fresh ways to persuade others to view a product in a different light which bolstered his desire to branch into the advertising sector.

During his work in the construction sector, he met his co-founder, who happened to be the son of a real estate mogul who was part of the consortium responsible for the renovation of the burnt down Tejuosho shopping mall at that time. He was enthralled by the ingenuity of these various advertising companies during his travels as a child and as an adult, especially the contents in malls, and wanted to infuse it into the Nigerian market. Being in close proximity to such a project as big as the renovation of the Tejuosho and knowing the person in an opportunity he swiftly leveraged on. This eventually gave birth to the idea of starting an advertising business similar to the ones he had seen abroad.

Unfortunately for Wale and his colleague, the Tejuosho project never got off the ground, but they gained valuable knowledge and experience in the process. They began to spread out to other malls. Their first concession was at Ikeja City Mall. Things began to pick up, and he continued to expand the company in this manner. He moved on to deepen his education by taking authorized examinations and courses related to Advertising and business. This played an integral role in developing some of the skill sets he possesses today. “ I believe I am actually a better entrepreneur and company manager than I am an expert in advertising.” he expressed. His desire to learn more about advertising and other fields was fueled by his enthusiasm for expression, entrepreneurship, management, and creating something of value.

“The goal was to create a spectacle for the audience and make value for the property owners.” According to Wale.

This exemplifies a man’s philosophy of ensuring that all parties are satisfied when rendering services.

Wale was inspired to create material that was not only innovative but also engaging and stimulating. In Nigeria, he sought to emulate what he had seen in other countries. Fortunately for him, the implementation of these ideas coincided with the opening of new malls in Nigeria at the time, resulting in a new mall culture distinct from the malls he recalls from his childhood.

He took advantage of the opportunity to work with them to promote his platforms and material, which both inspired and stimulated his audience and gave monetary value to the landlords.

He was determined to alter the Nigerian shopping experience. It wasn’t just about going shopping; it was also about providing a wonderful, beautiful and engaging experience for everyone in the mall.

One thing about change, as they say, is that it never stops. And I suppose this was bound to happen with Nimbus.

The growth and expansion process has been quite remarkable. A company that began with just two people has grown to roughly 20 full time employees and a number of contract staff, expanded its operation locations, and is now utilizing a variety of platforms. Collaborations with other vendors, allowing clients to work with them on a third-party platform. These are some of the changes that have been implemented since the birth of the company so I guess the change was bound to come and what better time than now.

Mr. Wale went on to compliment the company’s technological capabilities and how digitization has helped it boost its value and productivity. Digitalization, according to Mr. Wale, played a key role. Mr. Wale explained how, in the past, content was transferred using a flash drive, but that, thanks to technological advancements, content can now be easily posted remotely.

“The rebrand is to shed light on how technologically-driven Nimbus is as a company.” Mr. Wale clarifies. Nimbus, he continues, “is a light radiating from the cloud, and by exploiting the cloud to its barest potential we intend to have our solutions uploaded to the cloud.”

The incorporation of a cloud-connected network of screens would aid solutions that provide clients with more cutting-edge data, such as infographics of their audience and the amount of time they spend viewing the material. In terms of embracing the internet, he spoke on how the new logo provides more versatility in the digital space.

Basically, the rebrand is to leverage technology by bringing new goods and products to medium and large businesses, allowing them to deliver the market to their clients.

Since its inception, a lot has changed. The company began in one location and has since then expanded. The Nimbus team is definitely on the rise, he pointed out that the brand is expanding its capacity to link clients with a marketplace of more out-of-home possibilities.

Surprisingly, his ambitions did not end there. He went on to say that by leveraging technology, he intends to not only offer creativity and frequency but also engagement, which has been an out-of-home difficulty in the advertising sector. Also, to achieve the company’s goal of having a pan-African footprint and a marketplace to please clients, he plans to use partnerships outside of the country and create a staff of well-trained and exposed professionals in their many fields of competence to foster Nimbus’s worldwide dream.

In the realm of out-of-home advertising, losing clients, partners, and mall partnerships, as well as key members of the team who have been with the company since its inception, is an unavoidable event.

Mr. Wale stated that similar challenges befell the company throughout the years, which may have shaken the company a little, but still goes on to provide some entrepreneurial insights on business and how he coped with it. “In business, you must constantly be prepared for unforeseen changes and have a contingency plan in place.”

He’s still standing and pushing on. He also extended gratitude to some of the company’s board of directors, team members, and family members for their support. Regardless of how much the corporation has lost over the years, they’re still here and they’re not going anywhere, so brace yourselves. Just in case you thought a couple of setbacks or losses would bring the brand down. Think again!

With All The Knowledge You’ve Been Able To Amass All These Years, If You Could Go Back In Time Would You Still Take This Same Route/Path You’re On Now?

“I believe in the works of humanity, there’s a place for will and there’s a place for luck, serendipity and there is also a place for favor and grace.” in His opinion. He also couldn’t seem to lay His hands on how some things came about during the past years which warranted the quote above. I commend His leadership skills because you rarely find people in positions of power ever admitting their errors.

It takes a true Leader to admit and learn from his mistakes. Mr. Wale discussed some of the mistakes he made, which he believes stemmed from a lack of foresight into potential challenges in the advertising industry. He also mentioned that, in addition to a talented Nimbus workforce, His will and determination played a significant part in the company’s survival over the years. Overall, for a company like Nimbus, it’s a success. He and his staff have obviously cracked the code of sustainability and longevity, and big accolades to the Nimbus family for still standing gallantly after ten years.

When questioned about improvements he would want to make, he closed the session on a motivating and insightful note. “Who knows if the thing you’re changing is going to be for the better,” he observed as we drew to a close.

Sadly every good thing has to come to an end. Fortunately for Nimbus they’re just getting started, brace yourselves ladies and gentlemen, from the ashes like the Phoenix.

Welcome to The Rebirth. 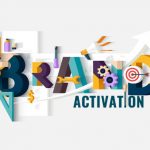